Spring was in the air at the Village this week with the children planting pea, cucumber, courgette, tomato and sunflower seeds which they later plan to plant out in the garden with each child having their own plot of land. They also made seed bombs which they threw into the undergrowth around the field, making a wish as they threw them, excited about them exploding into blooms of wild flowers in the coming weeks.

There was lots of activity in the garden with plenty being cooked up in the mud kitchen and sightings of an albino woodlouse, some giant earthworms and some snails. The children also installed a new slide and some ladders in the garden and began weeding the area around the ladder, removing lots of nettles with ingenious use of scissors and trowels. They made further plans to do some weeding to make room for their flower and vegetable plots.

Back in the clubhouse, the children became tiny seeds that grew into big and strong trees in their yoga session and one of the children proposed making a rota so that each child can choose their favourite song to play for the daily dance session that has become a much loved Village tradition. There was much joyful jumping about, spinning, twirling and an impromptu conga line. There was also a chocolate-making workshop, a rollerblading party, some reading of books about earthworms and flowers, and some daffodil still life painting. 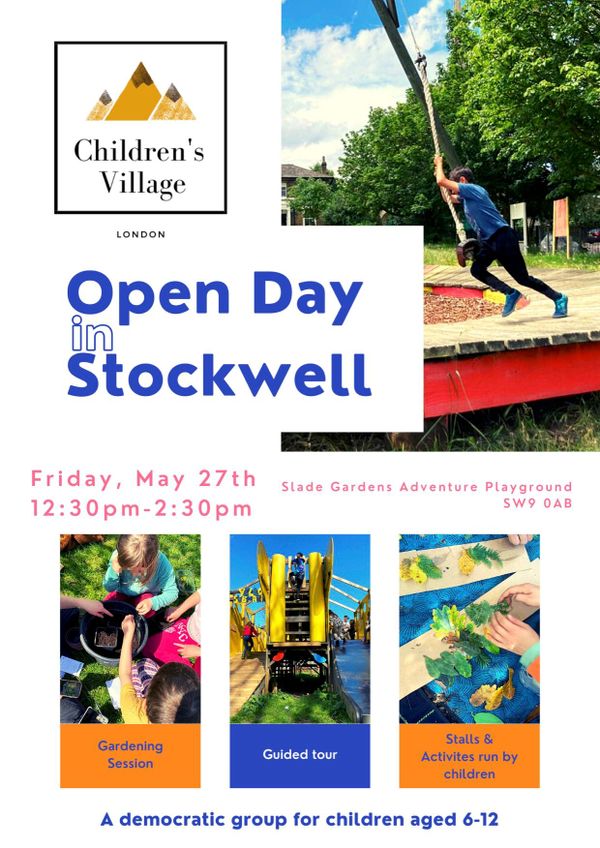 Hi all, We're excited to let you know that we're running an open day in our Stockwell group next Friday afternoon, 27th May, 12:30-2:30pm. The address is Slade Gardens Adventure Playground, 73A & 73B Stockwell Park Road, London SW9 0DA. The children are planning a guided tour of 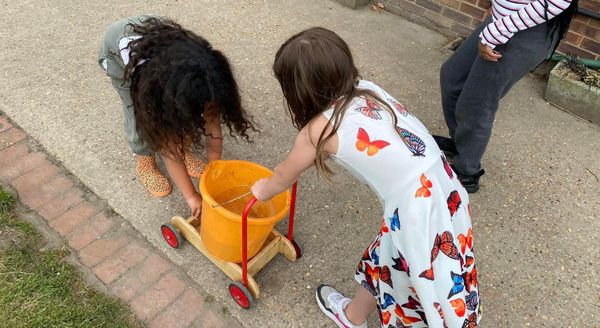 It was a wildly creative and spontaneous week at the Village. After coming together for some team-building games where they worked together to stack paper cups without touching them and build towers out of spaghetti and marshmallows, the children separated out into smaller groups, following their imaginations into an array 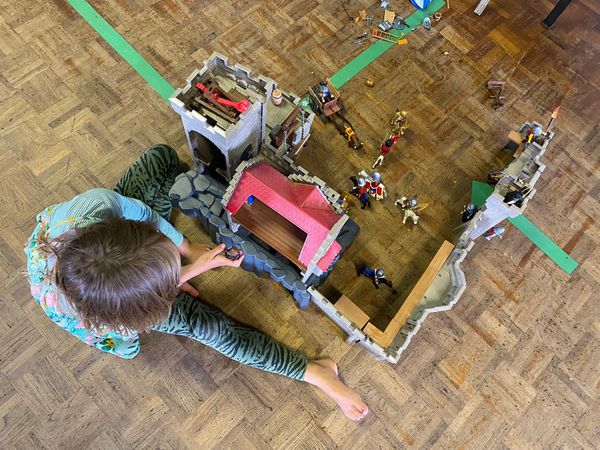 Last week at the Village was the stuff of legend as the children continued to delve into the world of knights and castles, staging more epic battles, this time with toy knights and castles and board games, and making jewellery fit for kings and queens out of gems, wire, pliers